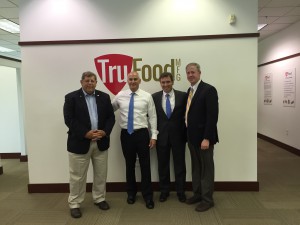 RIDC was awarded a $2 million, 15-year loan at 2.75 percent on behalf of TruFoodMfg to acquire a 155,000 square foot building in the RIDC O’Hara Park.  The building at 106 Gamma Drive, which TruFoodMfg started leasing last year, is necessary for a new line of nutritional products.  TruFoodMfg current employs 450 people and is planning to increase its employment with 100 new jobs.  They are one of the largest employers in O’Hara Township.

RIDC has a long history of supporting the company’s growth.  In the mid 1980s, RIDC intervened to buy a property to help retain the Clark Candy Company in the region.  Several years later they moved out of the region and RIDC began working with a local company, Tsudis Chocolate, to move into the building and grow their jobs and investment in the community.  In order to help the new company, who had 35 employees at the time, RIDC offered flexible leasing terms.  Over the years, Tsudis continued to grow and in 2012 Tsudis Chocolates eventually bought the building from RIDC and rebranded as TruFoodMfg in order to expand past chocolate and into nutritional products. 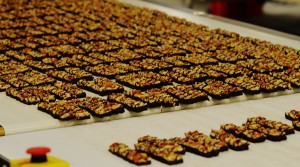 TruFoodMfg also utilized the Foreign-Trade Zone, a program of the U.S. Department of Commerce that is granted to RIDC in the Southwestern Pennsylvania region.  The Foreign-Trade Zone encourages domestic manufacturing by providing duty savings for products made in the Zone.  RIDC was happy to continue to be a part of this company’s growth with the support of a PIDA loan to purchase an additional building for the company.

This story received coverage in the Pittsburgh Business Times.