After starting in the Spring and continuing throughout the Summer, the storefront project for the Townhouses for Industry in RIDC Industrial Park has been completed.  The purpose of the new storefronts along with updated ADA ramps and railings structure was to modernize the structure which was originally built in 1963.

Each of the eight companies in the building have their own aluminum storefronts which feature tinted glass as well as energy efficient down lights. 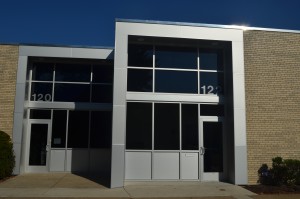 With the other recent tenant expansions, a new walking path, and reinstated bus service, it is certainly an exciting time in RIDC Industrial Park!